Mary Jo’s early childhood is rooted in a very strict German Catholic upbringing. Although she has been intuitive since birth, she shut down her “knowingness” every time it appeared since it wasn’t congruent with her religious teachings. Therefore, her intuitive & healing gifts were suppressed for many years. As her spiritual search progressed over the past 30 years, her abilities began to soar. In 2000, she went on a South American expedition to meet & work with shamans in both the Andes Mountains & the Amazon Rainforest. 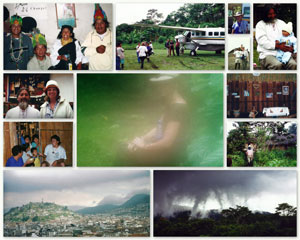 Heavy Mists In The Rain Forest

It was here that she was told that she, too, was a shaman and that the reason for her incarnation at this time was to teach both the indigenous and industrialized societies the positive aspects & value of the other. Since that time, her gifts have skyrocketed.

Initially, M.J. studied independently but was soon led to some of the best psychic readers, mediums and spiritual healers both locally & internationally to learn from them. She was fortunate enough to be certified as an Angel Therapy Practitioner ® & Medium by Doreen Virtue, PhD.* through 2 separate intensive, in-person group trainings … a rare gift that is no longer available. She has also taken in-person advanced training from many others including: John Holland, Carolyn Myss, Nick Ortner, & Brian Weiss. To top it off, Mary Jo is an ordained reverend/minister. She has been working in the spiritual field for over 30 years but the enhancement of Mary Jo’s abilities in all areas of her work (Readings, Healings, & Classes) is due to the Angels’ guidance. 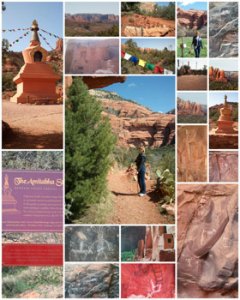 When it comes to energy healing, Mary Jo believes that all of the numerous healing modalities have validity & value & are simply different ways to attain the same goal. Mary Jo has accumulated quite a large tool belt from which to choose. She is a Reiki Master and has taken instruction in Healing Touch, Matrix Energetics, Theta & EFT among others. Although she doesn’t strictly adhere to any of these, she has found that using parts of each (as she is guided on each individual case), can give incredible results. She knows that the most important part of using any and all healing modalities is to call in Archangel Raphael & the angels first.
Mary Jo’s love of her work in giving readings & healings is evident to all she has helped.Yet, her greatest joy & passion comes from teaching others how to uncover and identify their own innate intuitive & healing abilities through her classes, retreats, lectures, one-on-one tutoring & online courses
For Pricing Click HERE

What Others Are saying…